The Char Dham yatra in Hindu’s is the most purely religious act which they can perform in their lifetime. It is a dream of every Hindu person to visit all four holy sites in the Char Dham yatra once in their life. Each and every year the pilgrims from all around the world very anxiously await the announcement for the opening and closing dates of the holy Char Dham Yatra. It is a joint journey of four holy Hindu temples namely Yamunotri, Gangotri, Badrinath and Kedarnath in the Uttarakhand state of India. So finally, the final dates for the holy Char Dham yatra have arrived for the year 2019.

1. Yamunotri, the shrine which celebrates the origin of the holy river the Yamuna will open their temple gates for the pilgrims from 7th May 2019 to 27th October 2019.

2. Gangotri, the sacred shrine which celebrates the origin of the holy river the great Ganga will open their temple gates for the pilgrims from 7th May 2019 to 27th October 2019.

3. Kedarnath, the Hindu temple purely dedicated to Lord Shiva will open their temple gates from 9th May 2019 to 27th 2019.

4. Badrinath, the Hindu temple purely dedicated to Lord Vishnu will open their temple gates from 10th May 2019 to 9th November 2019.

# Opening dates are fully confirmed but closing dates may vary.

So if you are planning for the holy Char Dham yatra this year, then you should know many important things about it for your own convenience. Firstly you have to register yourself and your family members in advance for “Yatra Permit”. Without it, you will not be able to be practically on the holy pilgrimage. You should also book your hotel or resort for the purpose of accommodation for this in advance for your convenience only.

According to Hindu mythology, it is believed that visiting all these four holy temples of Char Dham yatra helps people to achieve “Moksha”.

1. Yamunotri – Yamunotri is the name of the town which is named after the river Yamuna. This is the first holy site in Char Dham yatra named Yamuna Temple. According to Hindu mythology, it is the pure origin of the holy river Yamuna. Yamunotri is situated at an altitude of 3293 meters in the Garhwal Himalayas in Garhwal division of Uttarakhand. 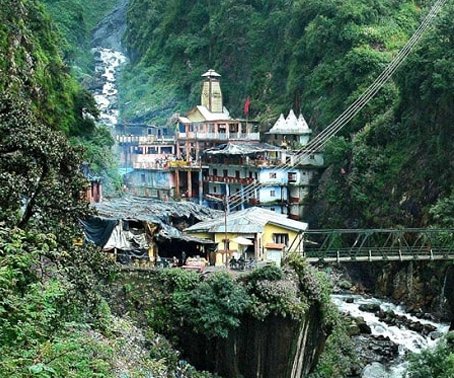 2. Gangotri – This is the second holy site named Ganga Temple among the four sites of Char Dham yatra. Gangotri is the name of the city which is named after the river Ganga. According to Hindu mythology, it is believed that this holy is the pure origin of the holy river Ganga. Gangotri is situated at an altitude of 3100 meters above sea level in Uttarkashi district of Uttarakhand.

3. Kedarnath – Kedarnath temple is the third holy site among the four sites in Char Dham yatra. This temple is purely dedicated to Lord Shiva. Kedarnath is a place located in the Indian state of Uttarakhand. Due to very extreme in Kedarnath, the holy temple is only open between the months of April and November for the general public. The historical name of this region is “Lord of Kedar Khand”. 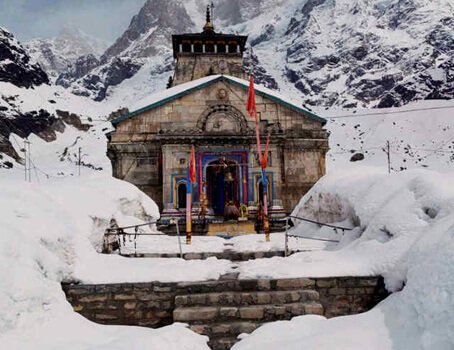