Nainital is also one of them. Nainital is a pure mixture of natural beauty, raw wildlife, Himalayan ambience and Hindu Mythology. It is a Himalayan resort town in the Kumaon region of the Indian state of Uttarakhand. Nainital is a very famous hill station of India, tourists from different – different regions of the country and different countries as well. Nainital is situated at an altitude of 6837 feet (2084 meters) above sea level.

Nainital is a distinct and very famous tourist destination in India. This Himalayan town shines as a sparkling jewel in the great Himalayan mountain range; it is surrounded with refreshing lakes and nature’s beauty.

If you are a keen lover of nature, then Nainital is a paradise for you. Nainital is very popular for its lake called “NAINI LAKE”, which offers a stunning and mesmerizing view of the refreshing lake and the town along with the Himalayan ambience.

Naini Lake is also referred to as the “Queen of Lakes”. It is a mango shaped lake and bounded with hills on all sides. This Himalayan town of Nainital is a perfect winter destination and ideal hill station for the tourists. It is the perfect place to welcome the New Year. A huge number of tourists visit Nainital during the time of Christmas and New Year for the purpose of grand celebration.

1. NAINI LAKE – Naini Lake is first in our list because it is the main point of attraction in the town. Nainital Lake, also known as Naini Lake is a natural freshwater body which is surrounded by the seven panoramic hills. This lake is a favourite place among the romantic travellers coming here from all around the world and Naini Lake is one of the most visited lakes in India. Naini Lake is a mango shaped lake located in the heart of the Nainital town. Naini Lake is one of the four lakes of Kumaon hill and the other three lakes are the Sattal Lake, the Bhimtal Lake and the Naukuchiatal Lake. The length of Naini Lake is 4698 feet (1432 meters), width is 1499 feet (457 meters), the surface area is 120.5 acres (48.76 Ha), depth is 90 feet (27.3 meters) and surface elevation is 6358 feet (1938 meters). You can do Kayaking, Yachting, Paddling and Boating in this lake. You can ride an attractive and decorative Gondola boat in Naini Lake. Naini Lake is open for tourists from 6.00 am to 6.00 pm. 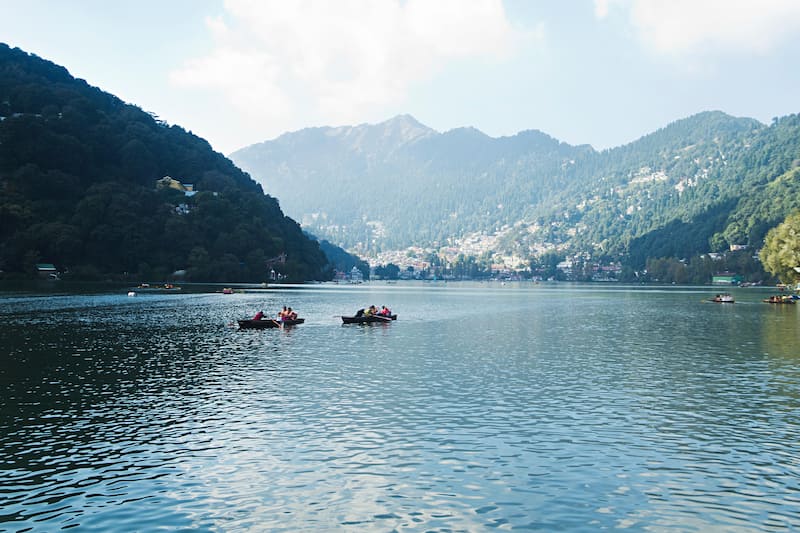 2. NAINA DEVI TEMPLE – Naina Devi Temple is a very famous Hindu pilgrimage site in the Himalayan town of Nainital. According to the Hindu mythology, it is believed that this Naina Devi Temple came into existence when Lord Shiva was carrying the carcass of Goddess Sati and the eyes of Goddess Sati fell to the ground where exactly this temple currently stands. The word Naina means “eyes” in Hindi. The Lake, the Town and the Temple borrow its name from Naina (Eyes) Devi Temple. The Naina Devi Temple has been built in 15th century AD. This temple is a sacred place of great devotion in Nainital. The idol of Goddess which is situated in the Holy temple is only represented by her two eyes. This temple is located near Flats, on the edge of Nainital Lake in Mallital area of Nainital town. The temple premises are open from 6.00 am to 10.00 pm for the people.

3. ECO CAVE GARDEN – Eco Cave Garden is located in Sukhatal, Mallital area of Nainital in Uttarakhand. This Eco Cave Garden of Nainital is very much famous for their interconnected rocky caves, hanging gardens (that kind of gardens which are situated on top of the hill) and very creative musical fountain. The Eco Cave Garden of Nainital is a set of six small caves and these six small caves are in the shapes of different-different animals like tiger, panther, porcupine etc. You can also enjoy the musical fountain in the evening here, where you can see the musical fountain with various audio-visual effects. This garden is a natural park which is looking after by the local administration. This garden is the perfect place for children to perform various kinds of activities. It is one of the major points of attraction in Nainital. 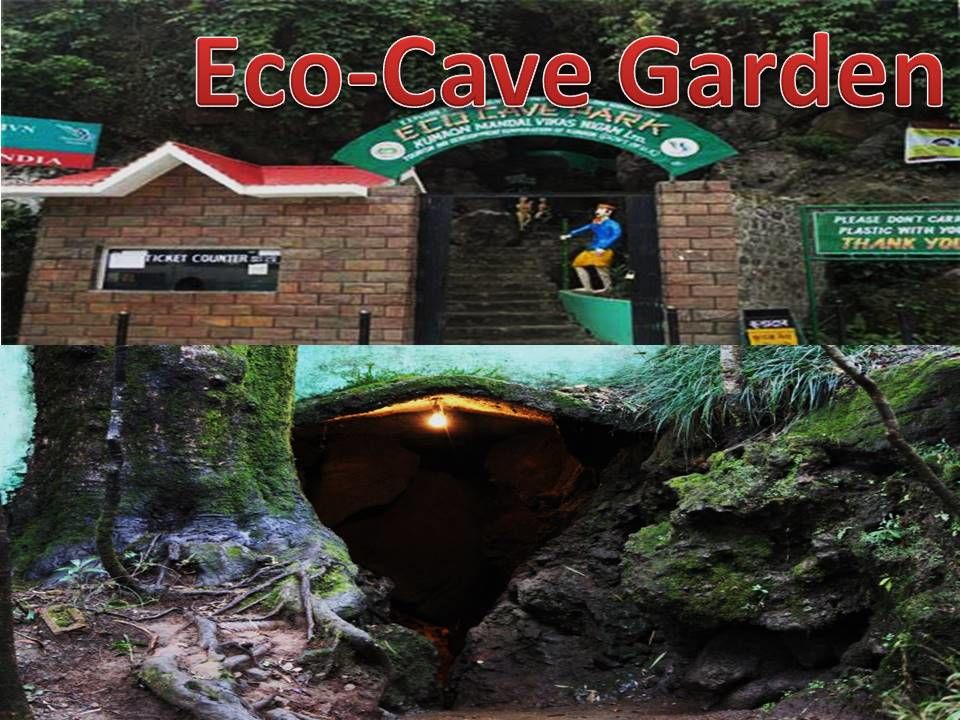 4. NAINITAL ZOO – Nainital Zoo which is officially named as “Bharat Ratna Pandit Govind Ballabh Pant High Altitude Zoo”. Nainital Zoo is the single zoo in the whole state of Uttarakhand. Nainital Zoo is located in Tallital area of Nainital town, Uttarakhand. It was established in the year 1984 and opened for public on 1st June 1995. Nainital Zoo is situated at the height of 2100 meters above the sea level on the hill called “Sher Ka Danda”. This zoo is the home of various endangered species of animals living in the Himalayas. Tibetan Wolves, Royal Bengal Tiger, Sambar and Leopard Cat are some of them. This zoo also has a wide collection of birds, which lives’ on high altitudes. Lady Amherst Pheasant, Rose-ringed Parakeet, Red Junglefowl, Kalij Pheasant and Golden Pheasant are some of them.

6. THE MALL ROAD – The most popular name in the Himalayan town of Nainital is “The Mall Road”. It was constructed during the colonial rule of Britishers. This road runs through the heart of the town parallel to the Nainital Lake (Naini Lake). The mall road connects two major ends of the Nainital town namely Mallital and Tallital. The mall road is the busiest road in the Nainital town. The mall road, which was officially renamed as Bharat Ratna Pandit Govind Ballabh Pant Marg but it, is known by its previous name only, The Mall Road. The evening is the best time to walk on the mall road, to enjoy the stunning beauty of Naini Lake along with the Himalayan cold breeze. The mall road has the number of travel agencies, hotels, showrooms, banks, shops, cafes and restaurants. You can enjoy the beauty of this Himalayan town while walking on the mall road.