How Camellia Panjabi remains a tireless champion of Indian restaurants

The Dover sole has been grilled perfectly in the tandoor, marinated just so that spices do not overwhelm the delicate fish. Gajar ka halwa is refashioned into a baked soufflé. And there is safed maans, creamy and elegant, a Rajput delicacy that one hardly comes by in restaurants that usually dish out laal maans. “Where is this recipe from?” I ask Camellia Panjabi, the grand dame of Indian restaurants. “From the Udaipur royal family,” she replies. “They had the best safed maans, while the best hara or junglee maans recipe was from Kishangarh.”

We are at Chutney Mary, the acclaimed London restaurant of which Camellia and her sister Namita are joint food directors. The restaurant has been serving what is now dubbed “modern Indian” food for almost 30 years, but with an emphasis on regional provenance of every dish that is rare to come by in any other Indian restaurant —within or outside India.

Chutney Mary was opened in 1990 by Namita and her husband Ranjit Mathrani who were working in fashion and finance but had an interest in food. They were informally advised by Camellia, who was working at the Taj Hotels, where she was in charge of marketing and conceptualising restaurants. Camellia joined them as a director only in 2001, after she quit the Taj. Since then the trio have built what is arguably the most successful Indian restaurant company internationally, and remain passionately involved in its day-to-day running. 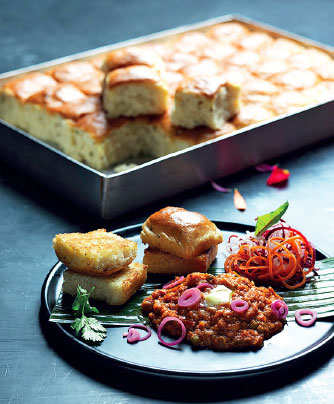 MW Eat, as the company is now called, runs not just the much awarded Chutney Mary, Veeraswamy and Amaya but also multiple outlets of Masala Zone — conceptualised by Camellia in 2001 to offer regional Indian food at lower prices. Last year MW Eat had an annual turnover of £27 million and recorded an EBITDA (earnings before interest, tax, depreciation and amortisation) of 20.8% These numbers underline the big picture: Camellia Panjabi remains a tireless champion of Indian restaurants. Camellia’s journey began in 1969 when she joined Tata. She was soon transferred to the hotels to look after sales; she went on to head marketing for the chain.

Half a century later, her fingerprints are evident at many Taj restaurants — the Sichuan restaurant Golden Dragon, street food at the Sea Lounge and Machan (as a child, she was forbidden from eating street food by her doctor mother and inevitably developed a love for it) and Goan food in the hotels in the coastal state. Even in London, the restaurants that she helped nurture are pushing 30, remarkable in a fickle business and at a time when the shelf life of restaurants is three years or less.

“If you are creating a restaurant, you have to look at a concept that will survive 30-40 years. What is the point of starting something that will shut in three or five years, when you have barely recovered your investment?” she asks, as we discuss the state of restaurants in India and the UK. Most restaurateurs these days, she feels, “chase glory, profit is a byproduct. 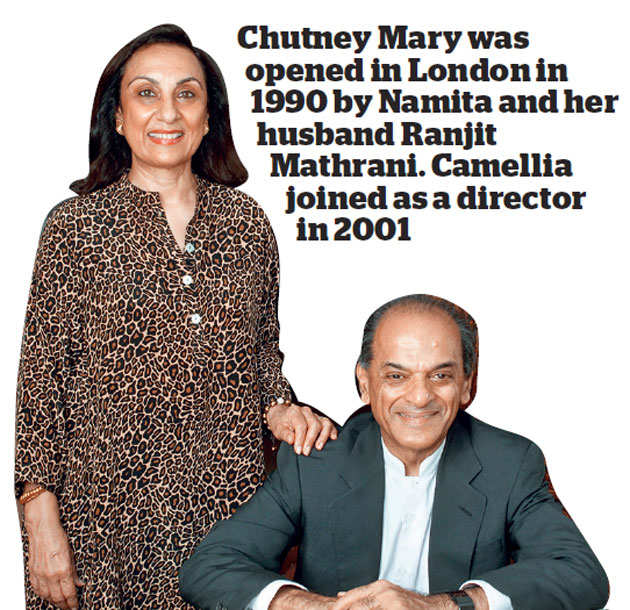 We chased profits and glory was a by-product,” a work ethic she picked up at the Taj, where before every project, the question was if the gross operating profit was big enough. Each of her London restaurants has over 100 covers: “Only then can they make money. I am not interested in projects less than that.” Spending time with Camellia is like getting a tutorial on how to operate restaurants. “The biggest difference between India and London is that in London there is little tolerance for failure. In India, restaurants drag on. Here, because of laws and rentals, they have to immediately shut. Indian restaurant companies coming to London need to realise this and figure out who their customers are. A product that has done well in one market cannot necessarily fit into another,” she adds.

Camellia is legendary for both her intuitive understanding of her customers as well as brave decisions to go with new ideas in the face of opposition. She was the first to introduce street food in restaurants and persuaded chefs to cook regional dishes at Tanjore that opened at the Bombay Taj in 1973. “It was the first restaurant to serve pan-Indian food. Most restaurants were doing only Punjabi till then,” recalls chef Hemant Oberoi, who began his career at that time. “While there were disagreements between her and us, as chefs, we respected her insight and research,” he says.

“The chefs asked me to give them recipes to cook the regional food I was demanding, so I went and researched classical food from the best families,” says Camellia, even as we spoon up a rarein-restaurants tahiri, the recipe of which apparently came from Sheila Dhar, writer, singer, gourmand, Madhur Jaffrey’s cousin and wife of PN Dhar, advisor to Indira Gandhi. From the royal families of Rajasthan and Hyderabad to Delhi society, all were quizzed for recipes.

This research forms the underpinning of every restaurant at MW Eat, including the casual Masala Zone, where strict systems are in place so that the chain runs with just two Indian chefs. There’s also a fanatical focus on ingredients. At Amaya, sabut grilled gobi is done with baby cauliflowers procured from a single field in France, for instance.

Habib Rehman, former ITC Hotels supremo, who calls Camellia a buddy, identifies “her versatility in the knowledge of markets and products and passion, crowned by a very affable personality,” as keys to her success. The last is in evidence as Camellia spots a child sitting at a table without any food. “Go give him something,” she tells the staff. Future customers must be pampered.